Please reach out to any of us on Twitter or on the Github repo for any questions/clarifications/requests you may have. We'll address it as soon as we can

Threat Modeling, according to the definition in the OWASP (Open Web Application Security Project) website is defined as:

We (at we45) believe that it is an essential practice that every organization should perform in order to achieve better security outcomes for its applications. We will not be delving into the details of threat modeling in this book, as there are great resources out there that you can use to understand Threat Modeling namely:

Another trend that we have seen over this time is that many of our customers, large and small have adopted Agile Development Practices (in some way/shape/form), as well as DevOps practices to accelerate their Development Practices and boost the productivity. This has resulted in a state of flux regarding how organizations approach threat modeling

Some Problems with Threat Modeling today

These are some of the key issues that we see with the way Threat Modeling is currently executed today within several organizations.

We are by no means suggesting that this is the BEST way or the ONLY way to do Threat Modeling. We believe that any number of approaches have their PROs and CONs. Please choose a practice that works for you

This approach is comparable to some of the concepts expounded in PASTA. In this scenario, all of the threat modeling begins from the functionality (User Story/Use Case, whatever else you want to call it)

The User Story is a Description of the Functionality. This concept is very popular in the world of Agile Development, where an Agile Team picks a bunch of user stories to get done in a sprint. It is a Unit of Work to be completed in a sprint. A user story typically looks like this

As a user (salesperson), I should be able to access my customer's profile to be able to log call information with the customer

An Abuser Story is an "evil user's version" of a user story. An Abuser Story captures (at a high level) WHAT a threat actor can do to abuse the feature enumerated in the User Story. For example

As a rival salesperson, I will access other salespeople's customers in the application to poach customers from my colleagues

A Threat Model/Scenario is a description of HOW a threat actor can bring the abuser story to life. This is a scenario detailing the Attack Vector (primary technique for attack) and approach to bringing the Abuser Story to life. One can use STRIDE as an approach to capture various threats and use DREAD/CVSSv3 to capture impact of said attack. For example:

Abuser Story: As a rival salesperson, I will access other salespeople's customers in the application to poach customers from my colleagues

Benefits of this approach

ThreatPlaybook was born in we45, as a framework to capture Threat Models for our internal Projects (especially Pentests). We have built it with the following parameters in mind:

This project is at its infancy and we would love to have the community involved with making this better and contributing in multiple ways. Because of this, we are open-sourcing this framework for active contributions from the community at large. We would love for people to use it and help us improve this project. 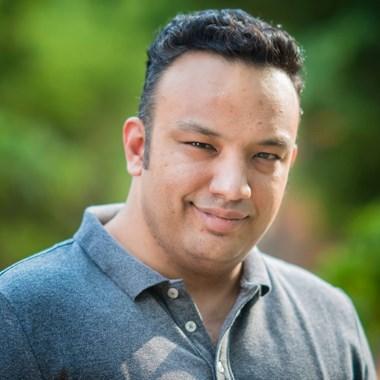